Remember the Past…Build the Future 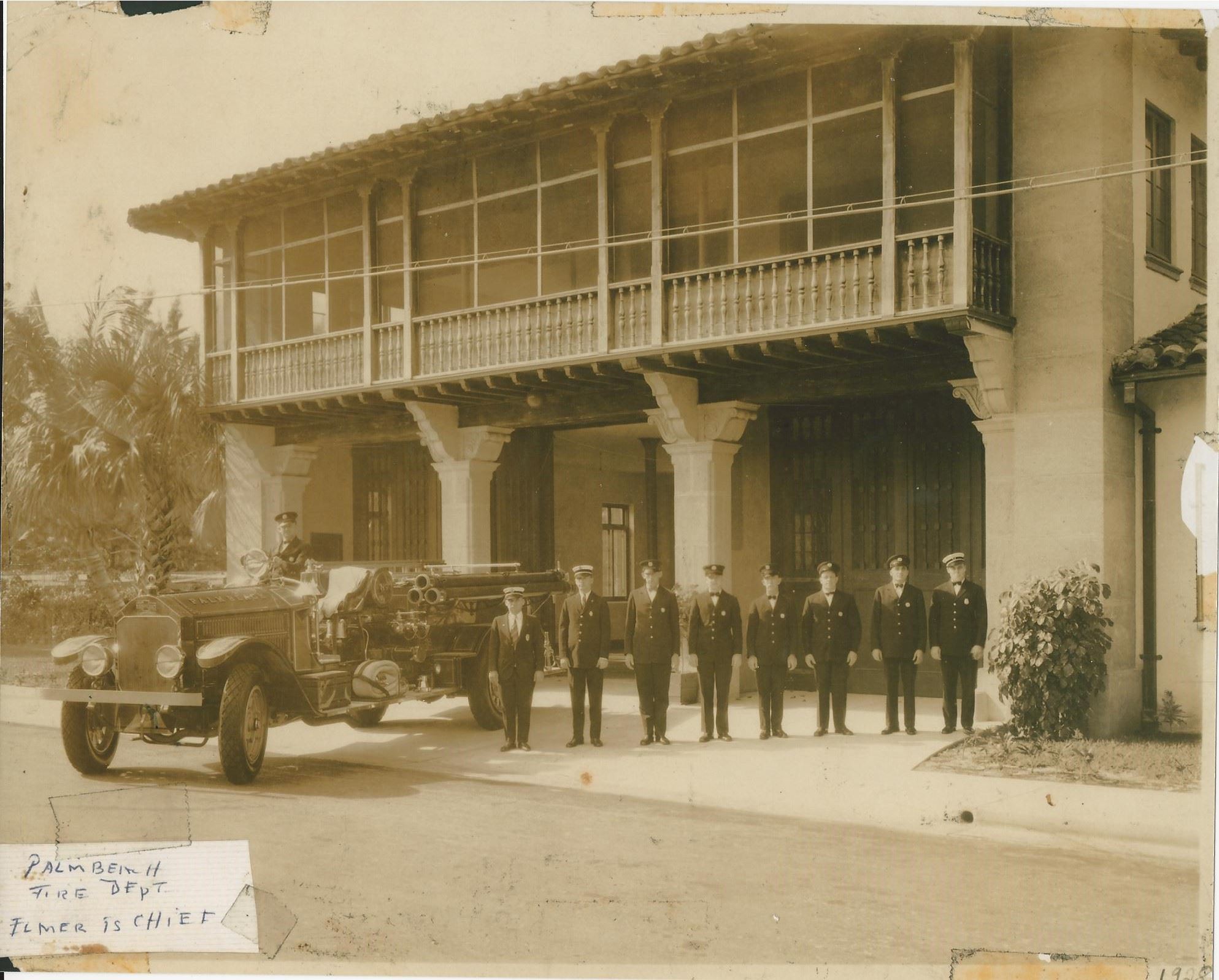 initially provided by a volunteer group of fire fighters known as the Flagler Alerts. They were organized and equipped by Henry Morrison Flagler in 1894 for the purpose of protecting his properties and local interests. The Flagler Alerts were housed in the City of West Palm Beach. Separating Palm Beach and West Palm Beach is a body of water known as The Lake Worth Lagoon. Before it was dredged and became the Atlantic Intracoastal Waterway, it was a fresh water lake 21 miles long and up to a mile wide. At that time, no bridges existed which meant the Flagler Alerts could only respond either by ferry or by rail in the event of a fire. Given that firefighting equipment and firemen were not present on the island, Palm Beach was totally dependent on outside assistance.

In 1911 the official name was changed from the Flagler Alerts to the City of West Palm Beach Fire Department. They continued to provide fire protection to Palm Beach for $250.00 per response. The town fathers were concerned about delayed response times and higher than necessary fire insurance rates, so they decided to establish more localized fire protection. In December of 1921, the Palm Beach Fire Department was created and in early 1922, Elmer Schultz was appointed as the first Fire Chief.

Palm Beach’s first fire engine was a 1921 American La France, Model #75, triple, 750 gallons per minute (gpm), chemical and hose motor car. The new fire engine and crew were housed in the Town's first fire station located on Main Street (presently Royal Poinciana Way). Early Sanborn maps indicate that this fire station was located on the north side of the street adjacent to where Testa's Restaurant is currently located. It was initially staffed by the Fire Chief and two full-time paid firemen. 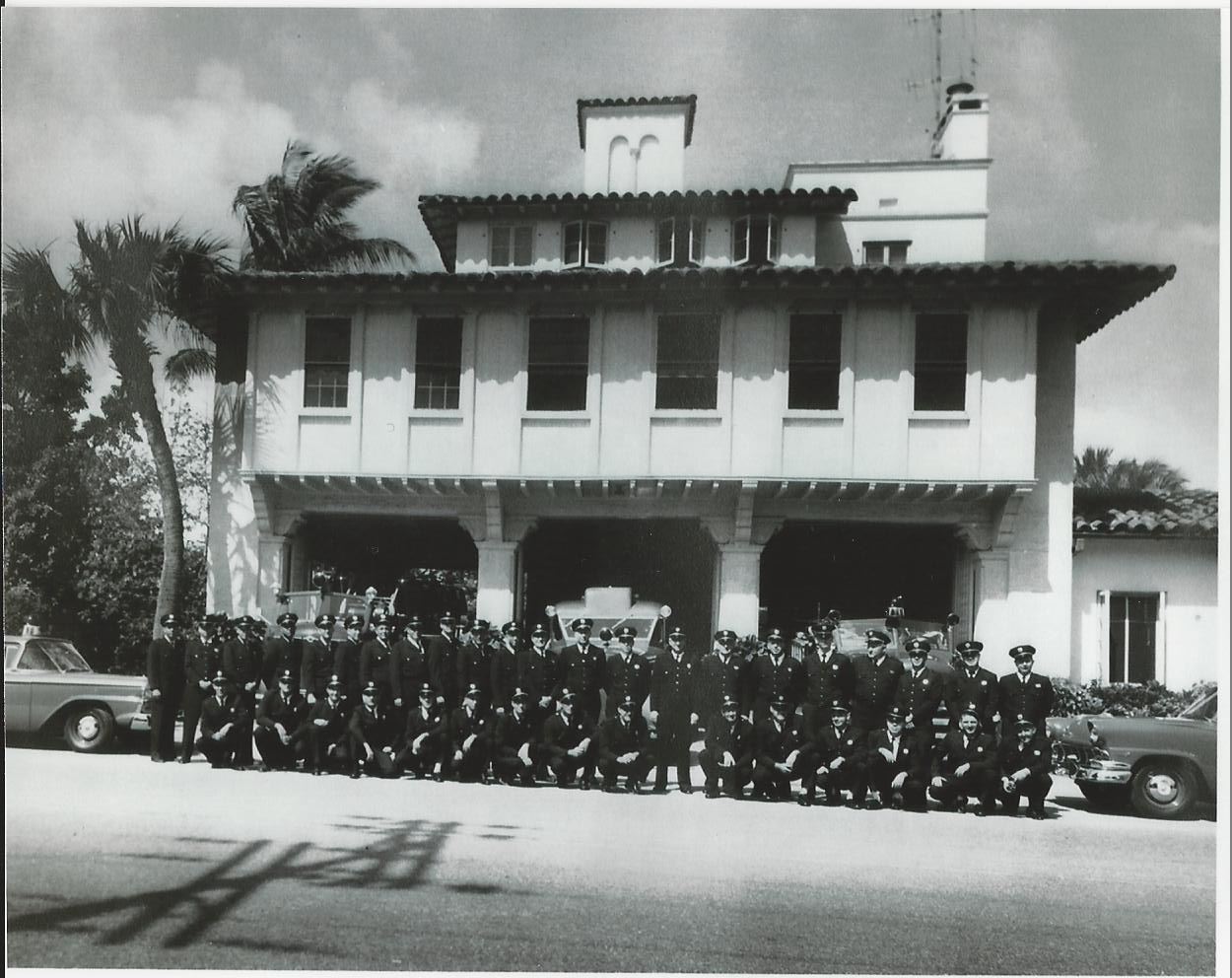 With the growth of the Town, a second fire station was constructed in June of 1924. It was located on First Street, one block south of Worth Avenue. A second fire engine was also added.

In 1925, a new Town Hall was constructed at Australian Avenue and County Road. It contained the Town's administration along with several other departments. The new building was also home to the police and fire departments. The fire station was called Central Station or Headquarters, when the First Street location was closed.

In early 1926 three fires in a single day focused attention on Palm Beach’s inadequate fire protection. Chief Schultz proposed a supplementary brigade of volunteer firefighters be organized. Many of the prominent winter residents and business men joined the fire department. Volunteer participation ended in the late 1940's or early 1950's.

In November of 1927 the Main Street (north end) fire station was closed when the fire station at the corner of Wells Road and County Road (Station 2) was opened. A third newAmerican La France pumper was purchased. The north station was staffed mostly by volunteer firefighters.

Increased development and population growth in the south end of Town created the need for a third fire station (Station 3) which was opened at 2185 South Ocean Boulevard in April of 1964. The station was reconstructed from the Phipps Park attendant's residence and originally housed an engine and squad truck. In 1995 a new South Fire Station was constructed in Phipps Ocean Park in place of the old station.

The duties of firefighters changed when Paramedic service began in 1972 with the donation of the Town's first mobile intensive care unit by Mrs. Helen Fraser. Mrs. Fraser believed that if an advanced life support vehicle had been available the previous year her husband may not have died.

In 1982 the department's name was officially changed to the Palm Beach Fire Rescue Department to emphasize the increased effort and workload in emergency medical services.

In May 1987, renovation work was completed on the North Fire Station (Station 2) at 300 North County Road and the Administrative Offices for the Department were moved from Station 1 to the third floor of Station 2.

In 2004 a new Central Fire Station (Station 1) was constructed at 355 South County Road across from the old central fire station.

Since its inception, the men and women of Palm Beach Fire Rescue have been, and continue to be, dedicated to excellent service for our residents, businesses, and visitors. 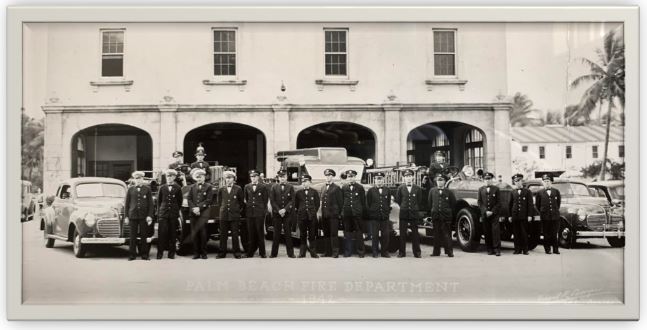