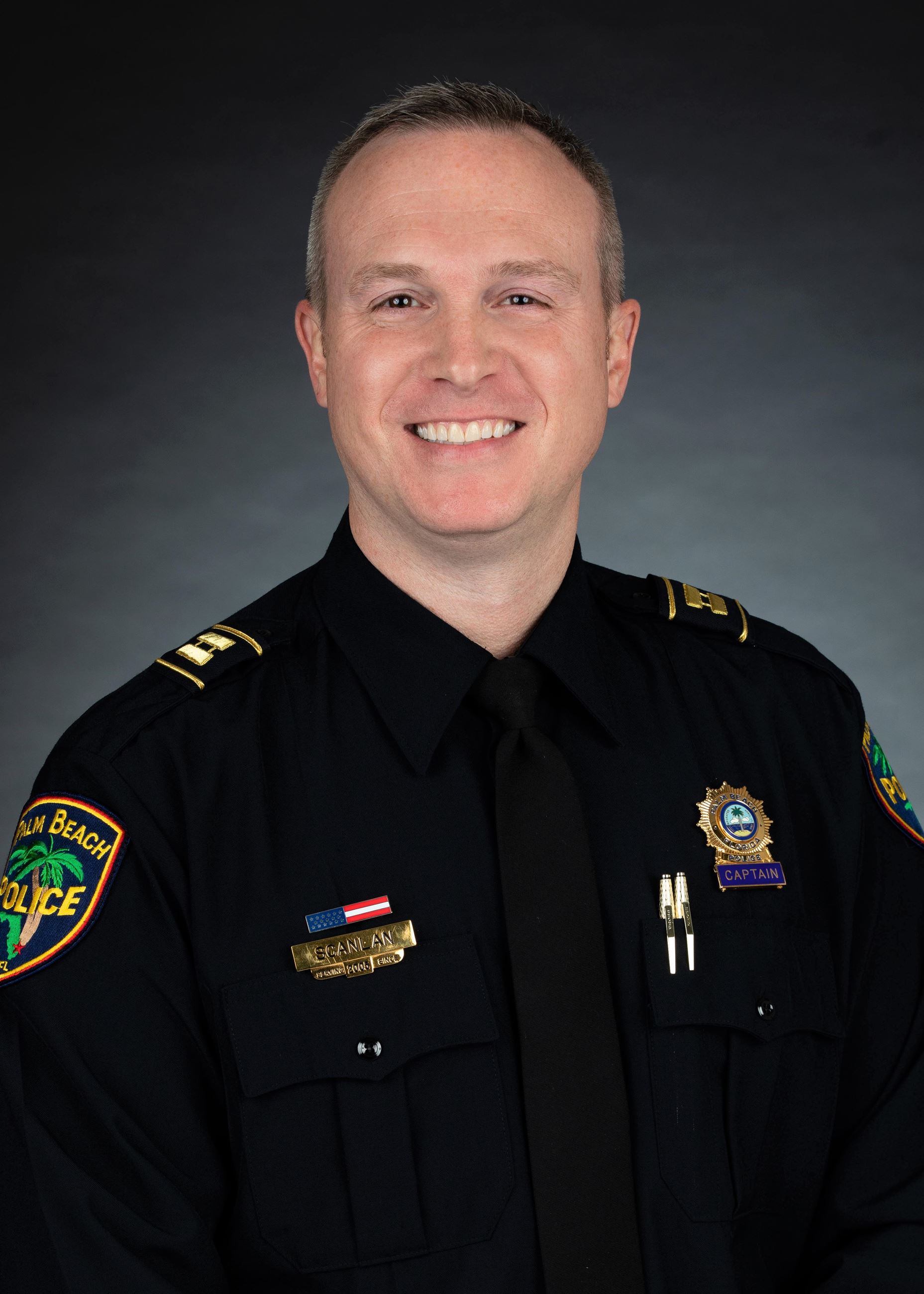 Captain Scanlan has received 23 Department/Citizen commendations and has been designated the Department’s Officer of the Month twice.  He was also awarded the Palm Beach Police Foundation Officer of the Quarter Award.