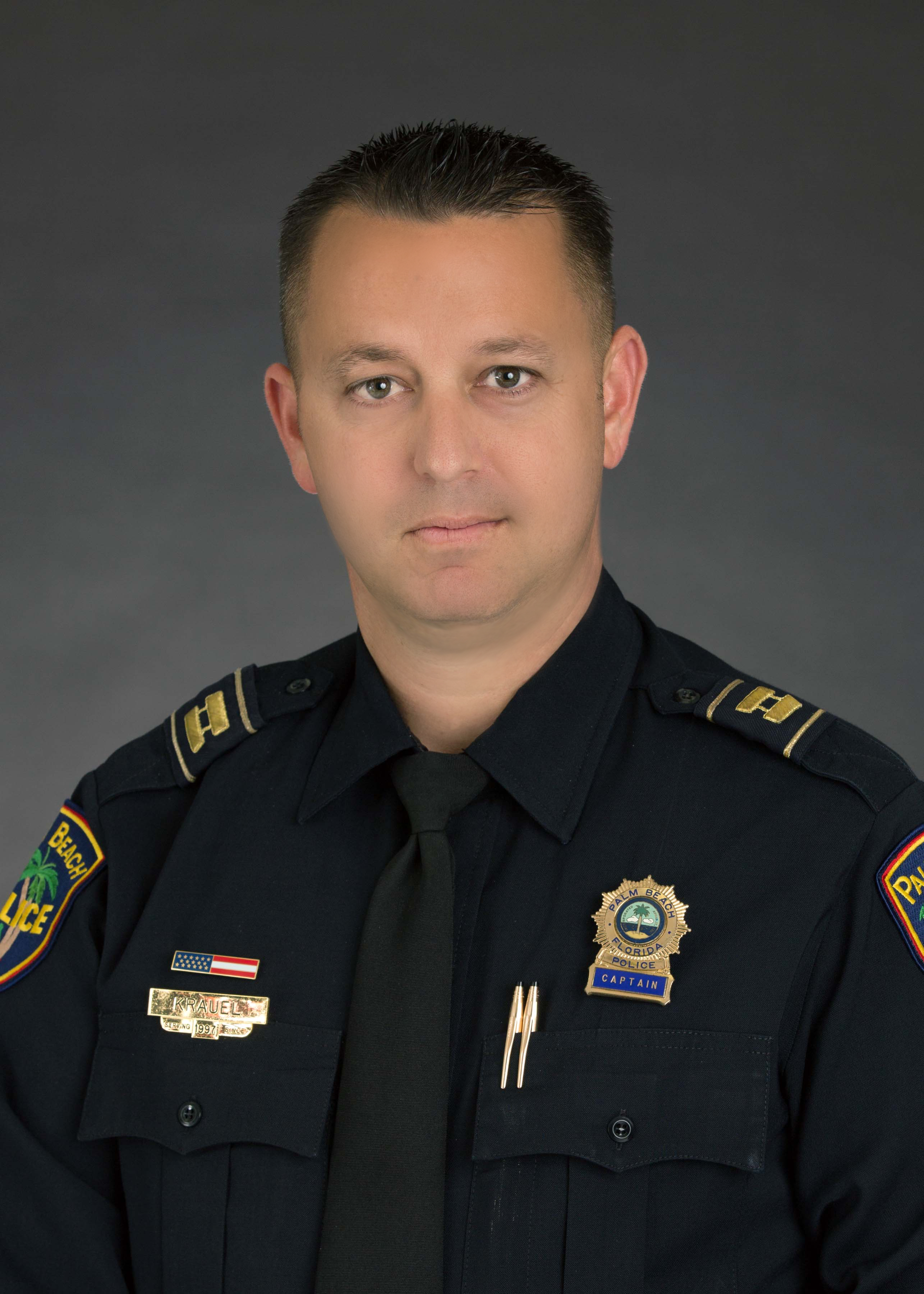 Captain Curtis Krauel joined the Palm Beach Police Department on August 12, 1997. He served in the Patrol Unit, the Organized Crime Vice and Narcotics Unit, and the Palm Beach County State Attorney’s Office Money Laundering Task Force before his promotion to the rank of Sergeant in 2005. As a Sergeant he served in Patrol, Code and Parking Enforcement, Community Relations, Detective Bureau, and Special Investigations. He was promoted to the rank of Captain in December of 2011.

Captain Krauel has received 58 Department/Citizen commendations. He was designated the Department’s Officer of the Month once and received a Distinguished Service Award in 2003 from WPBPD for contributions in dismantling a Heroin Trafficking Organization operating since the late 1980’s. Captain Krauel was the recipient of the 2013 Kiwanis Officer of the Year and awarded the 2015 Town of Palm Beach Employee of the Year.

Captain Krauel holds a Master of Science in Leadership from Palm Beach Atlantic University and a B.A. Degree in Criminology from Florida State University. He is also a graduate of the 122nd Administrative Officers Course at the Southern Police Institute of the University of Louisville and a graduate of the 253rd Session of F.B.I. National Academy in Quantico, VA.