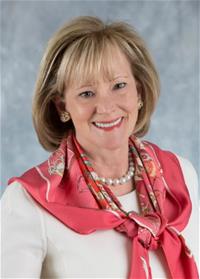 Elected to the Palm Beach Town Council in 2016 and reappointed as an unopposed candidate in 2018 and 2020. Margaret “Maggie” Zeidman currently holds the seat of Council President has been a resident for 18 years. During that time she was appointed to the Board of Directors of The Palm Beach Fellowship of Christians & Jews and was subsequently elected Vice Chairman. Mrs. Zeidman has participated in numerous other civic and charitable efforts such as Catholic Charities Health and Wellness, St. Edward Guild, the Palm Beach Civic Association and the Preservation Foundation.

Previously, Mrs. Zeidman was the Director of Nursing at Lenox Hill Hospital in New York City. She is well known professionally for expertise in the field of Cardiovascular Nursing. She is a member of Sigma Theta Tau and has been published in nursing textbooks and professional journals. Mrs. Zeidman also held the position of Clinical Director at Barnum and Souza, a New York based marketing firm. She has been recognized by the American Heart Association, the Critical Care Nurses Association and the University of Miami as a leader in health care.

Married to Mark for 36 years, they have two married children and three grandchildren all residing in the Boston area.

Mrs. Zeidman is dedicated to serving the residents of the Town and to preserving the unique character and small town ambience of Palm Beach. She believes that a strong sense of community and civic involvement ensures the ongoing vitality of a town.