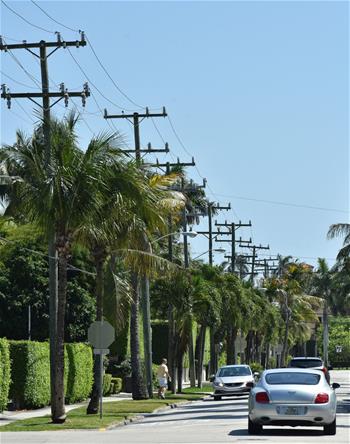 In 2006, the Town of Palm Beach commissioned a study titled “Conversion of Aerial to Underground Utilities Analysis” by “R.W. Beck, Inc.”. The purpose of this study was to “perform a high level review of the current cost estimates the Town is utilizing in its analysis (Project)”. At the time, the estimated cost for the undergrounding effort was “roughly $60.3 million”. The current estimate for this undertaking is estimated at $90 million by the Town.

This study did not trigger a Town-wide conversion process. In the following few years up to present times, the decision was made to perform undergrounding projects on an “as requested” basis by each neighborhood. While the pace of this effort has varied from year to year, it has yielded a handful of completed projects and a couple more are currently in progress. Worth Avenue’s reconstruction also received the benefit of this approach. These smaller isolated projects have typically started with the efforts of a single motivated resident (The Champion). The Champion would then attempt to garner the support of his/her surrounding neighbors and through coordination with Town staff, a logical project boundary would be determined. From that point, if two thirds of the residents within that boundary voted to go forward, the Town would proceed with the planning/design and construction process. The cost of the design and construction would then be assessed to all the residents of that particular street based on a model designed by “Willdan Financial Services” in October 2009 titled “Town of Palm Beach Utility Undergrounding Assessment Methodology”. That model determined a group of weighted factors that could be applied to each property within the Town. While these projects have been successful, they have been on such a small scale that they have little effect on the overall appearance and utility reliability of the Town as a whole. Clearly a more comprehensive approach was needed.

In recent years there has been increasing motivation by the residents of the Town to expand the undergrounding program to cover larger areas. This movement culminated in the October 14, 2014, Town Council meeting where FPL presented the need to improve or “harden” large portions of the Town’s existing overhead utilities. That hardening effort, triggered by FPL’s recognition of their facilities’ conditions, would include replacement of many of the existing wood power poles with larger and taller concrete power poles. Within the context of previous and ongoing conversations between the residents, Council members, staff and consultant(s) regarding a more “regionalized rather than local” approach to undergrounding the Town, the hardening proposal by FPL became an added impetus to view the large scale undergrounding as an alternative whose time had perhaps come.

After in depth deliberations, Town Council unanimously decided to pursue Town-wide undergrounding. A ballot question regarding the financing of the Town-wide project was approved in March 2016, and the master planning and design work is underway.

If you have ongoing reliability concerns, FPL recommends subscribers call their customer service department at 1-561-697-8000 or go to www.FPL.com to report the problem.

These are the appropriate paths FPL says to follow to report an immediate safety issue or reliability concern with their service.