Story of the Town's Founding 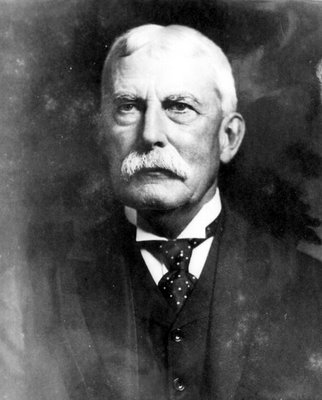 At an age when the average man of the late 19th century had reached the end of his life expectancy, Henry Morrison Flagler retired from his day-to-day responsibilities at Standard Oil, the company he co-founded, and devoted all of his considerable resources and creative energy to building Florida.

From St. Augustine to Key West, Flagler built a series of luxury hotels that quickly established tourism as a mainstay of Florida’s economy. His Florida East Coast Railway not only connected his hotels but opened the state to growth of all kinds. Through his Model Land Company, Flagler encouraged the agricultural development of millions of acres, thus establishing agriculture as another mainstay of the state’s economy. Flagler undertook and accomplished one of the most ambitious engineering projects ever attempted by a private citizen: the building of the Over-Seas Railroad, covering more than 155 miles from Miami to Key West.

Falling in Love with Palm Beach

Along the way, Flagler fell in love with Palm Beach, where a lush grove of coconut palms had grown up following the shipwreck of the Providencia in 1878. On the lakefront, he built the Hotel Royal Poinciana, which was both the world’s largest resort and the world’s largest wooden building. On the ocean, he built The Breakers. He also built his winter home (“Whitehall”) in Palm Beach. Today, Whitehall is open to the public and the National Historic Landmark is known around the world as one of America’s great historic house museums.

While a great many have helped to make the Town of Palm Beach the beautiful and special place that it has become over the last century, Palm Beach owes its existence and character more to Henry Flagler than to any other individual. More important to Flagler, without a doubt, would be the fact that so many have come to share his love of the place he thought of as “Paradise.”